OVERLAND PARK, Kan., June 21, 2017 – Bott Radio Network (BRN) expanded its nationwide Christian Talk Radio network to Rapid City, SD at 90.3 FM, and to Fort Smith, AR at 88.9 FM. Building on the legacy of Christian programming begun on both of these stations by AFR, BRN began broadcasting its format of Quality Bible Teaching, Christian News and Information on these full-power FM stations in June.

BRN began serving families in South Dakota nearly ten years ago with a radio station reaching Southeastern South Dakota at 103.3 FM. This new full-power FM station in Rapid City, SD at 90.3 FM expands BRN’s reach to the western side of the state across Rapid City and beyond. BRN has plans to increase the power at 90.3 FM for an even stronger signal across the region.

BRN began serving families in Arkansas seventeen years ago with a radio station in Fayetteville at 89.3 FM. This new full-power FM station extends BRN’s existing coverage of NW Arkansas from Fayetteville at 89.3 FM and AM 1250 to Fort Smith at 88.9 FM. BRN also serves Arkansas families in Eureka Springs at 95.3 FM, in Jonesboro at 88.9 FM, and West Memphis at 90.5 FM and 100.7 FM. In addition, BRN serves most of eastern Arkansas from Memphis with their 50,000 watt superstation at AM 640.

Bott Radio Network began broadcasting 55 years ago with its first radio station in Kansas City. Since then, from its Kansas City headquarters, the network has grown to over 115 stations plus digital delivery systems reaching listeners around the world. “We are excited about the launch of these new FM stations and expanding our coverage in Rapid City, South Dakota and Fort Smith, Arkansas,” said Rich Bott, BRN Chairman and CEO. “This is a wonderful step forward to strengthen families and change lives with God’s Word through Bott Radio Network’s Quality Bible Teaching, Christian News and Information programming.” 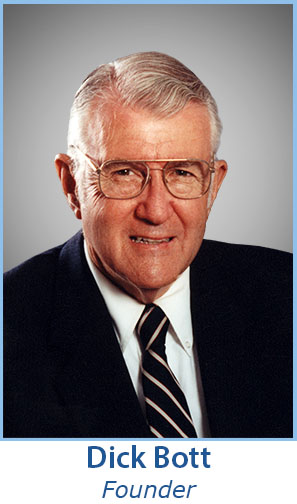 Since its founding in 1962, Bott Radio Network (BRN) has grown from one radio station to become a world leader in Quality Christian Talk Radio with more than 115 radio stations reaching into 15 states with a combined coverage of 60 million people. BRN’s quality Christian programs can be heard 24/7 worldwide at BottRadioNetwork.com and on mobile devices with BRN apps for iPhone, iPad and Android. Additionally, BRN can be heard on iHeart Radio, iTunes and TuneIn Radio. Bott Radio Network also connects with listeners on Facebook and Twitter.