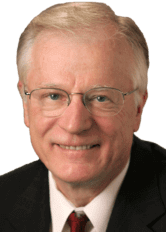 Faith At The Breaking Point (Famines, Deserts And Other Hard Places)

According to an article in Newsweek magazine, Christians are being murdered for their faith from one end of the Muslim world to the other, and yet the mainstream media remains quiet. Like it was in ancient Rome, there's a war on to destroy the faith of believers in Christ, and this war should cause us to ask ourselves, "What would it take for us to deny our faith?"