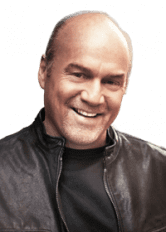 From the Archives | Chuck Smith: Man of Impact Part 1

In this special episode, we revisit an interview between Pastor Greg Laurie and his late friend and mentor, Pastor Chuck Smith. Pastor Chuck shares about his family, his family experiences, and his start in ministry. The conversation touches many subjects, including Pastor Chuck’s early love of the Bible, how he encountered the Lord in a special way as a teenager, his original plans to be a medical doctor, and how he met his wife, Kay. This interview took place in 2012. Pastor Chuck Smith went to be with the Lord on October 3, 2013.