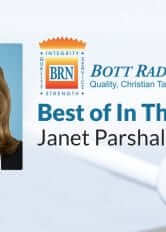 Best Of In The Market: Was Jesus A Socialist?

Socialism is making a comeback-and so is the idea that "Jesus was a socialist." Today our guest will show it is pure fantasy to believe that Jesus wanted earthly governments to redistribute wealth, centrally plan the economy, or impose welfare states. Our guest has an immensely popular video for Prager University, which has attracted more than four million views online. Poll after poll shows that young Americans have a positive image of socialism. In fact, more than half say they would rather live in a socialist country than in a capitalist one. Learn how to explode the myths that have lured in young people everywhere.