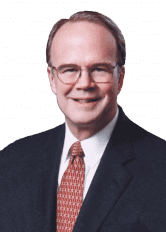 Pilate wasn't a follower of Jesus. He wished only to remain neutral, and innocent of Christ's blood. But he couldn't remain neutral... and neither should we. Coming up on the Bible Study Hour, Dr. James Montgomery Boice will explain Pilate's unfortunate failure in the courtroom, where he was far from neutral and farther from innocent. In a moment of great conflict and crisis, Pilate condemned the Son of God to death. Today, Jesus stands before each of us every bit as much as he stood before Pilate long ago. Is He the King of Kings, or isn't He?