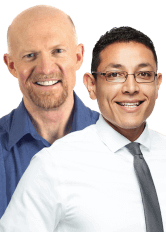 Should Christians Give Money to Panhandlers?

Dr. Michael Horton and Adriel Sanchez answer caller questions. Key questions answered in today's show: 1. How should Christians handle panhandlers? Are there Biblical principles for giving to people who come to us and look down and out? 2. I’m really confused about predestination in Ephesians 1. Is Paul saying that everyone who is saved is predestined? 3. I was raised in a Christian family, but I have only been actively following Jesus for the last couple of years, since I started college. What I have discovered is that it seems really hard to make progress as a Christian. Is it normal for Christians to struggle with the same sins over and over?  4. Where was Jesus for the 3 days after he died on the cross. I happen to believe that he went to hell to pay the full price for our sins. I would love to know what you guys think. I have a few Scriptures in mind when I think about my answer. In Luke, Jesus said he had not yet ascended to his Father after his resurrection and thus he did not go to heaven? He also said that as Jonah was in the belly in the whale so shall the son of man be. Paul said that he who ascended first descended. And cursed is everyone who hangs upon a tree. I’m under the perspective that he paid the full price, which was hell. Resources: "Putting Amazing Back into Grace: Embracing the Heart of the Gospel" by Michael Horton, "The God Who Gives: How the Trinity Shapes the Christian Story" by Kelly M. Kapic