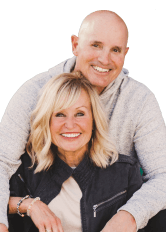 In Pursuit of Love

Kim Anthony, host of the podcast "Unfavorable Odds," talks with human trafficking expert Rebecca Bender. Bender fell into prostitution through the encouragement of her boyfriend who was a trafficker, and explains how she turned to drugs and eventually overdosed. Hitting rock bottom, she found herself at a Christian rehab center where she encountered God and was radically delivered from her addiction. Now drug free, Bender tells how she returned to her boyfriend, only to leave him later for another trafficker, where she endured violent abuse. Fearing for her life and the life of her daughter, Bender tells how she eventually escaped.