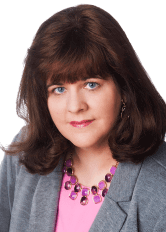 A growing number of political conservatives, some of whom claim to be Christians, say homosexuality is no longer an issue in a culture war. This, even as nearly 100 LGBT candidates just won election nationwide, a dad fights against gender transitioning for his son and drag queen story hours proliferate. Who will fight the culture war against the growing LGBT tyranny in our country? I'll discuss it with Peter LaBarbera, president of Americans for Truth about Homosexuality, on Friday's JANET MEFFERD TODAY.