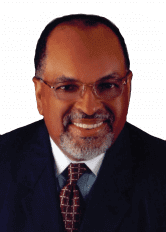 Judges 3:1-7 | Now these are the nations which the Lord left, to prove Israel by them, even as many of Israel as had not known all the wars of Canaan;Only that the generations of the children of Israel might know, to teach them war, at the least such as before knew nothing thereof;Namely, five lords of the Philistines, and all the Canaanites, and the Sidonians, and the Hivites that dwelt in mount Lebanon, from mount Baalhermon unto the entering in of Hamath. And they were to prove Israel by them, to know whether they would hearken unto the commandments of the Lord, which he commanded their fathers by the hand of Moses.And the children of Israel dwelt among the Canaanites, Hittites, and Amorites, and Perizzites, and Hivites, and Jebusites: And they took their daughters to be their wives, and gave their daughters to their sons, and served their gods.And the children of Israel did evil in the sight of the Lord, and forgat the Lord their God, and served Baalim and the groves.