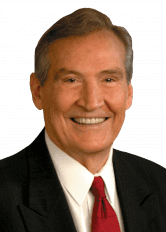 All Things New (1251)2 Corinthians 5:17 says, “Therefore if any man be in Christ Jesus, he is a new creation; old things are passed away; behold, all things are become new.” Adrian Rogers says it this way, “A Christian is not just somebody who has become nice; he’s become new.”Acts 9 tells the story of the conversion of the Apostle Paul. His early name was Saul and he was a persecutor of Christians. Yet, in this passage, he becomes Paul, the greatest missionary and evangelist the world has ever known. He was changed by the grace of God, so much so, he even changed his name! There are five markings of this man made new, found in Acts 9:17-22.First, Saul had a new Lord. The first question Saul asked when confronted by Jesus on the road to Damascus was, “Lord, what would you have me do?” Jesus had become his Lord; immediately, he was under new management. The Bible calls Jesus, Lord 433 times. And Adrian Rogers says, “You cannot have what He gives, salvation, unless you receive what He is, and that is Lord.”Second, Paul had a new life. When you receive Jesus as Lord, you receive a new life, and a new spiritual sight. You’re able to see things you’ve never seen before.Third, Paul had a new liberty. God put His power within Paul. The Christian life is what God does in us and through us. He’s the one who gives us that liberty.Fourth, Paul had a new love. A few days before his conversion, this man was threatening the church. His heart was filled with bitterness and malevolence toward those who were called Christians. And those he once loathed he now loves. If you love Jesus, you will love what He loves.Finally, Paul had a new labor. Saul’s mission was to destroy the church. Paul’s mission was to build the church. The markings of a new life in Christ is that he shares it with others.And what God did for Saul, God wants to do for us, all.Apply it to your lifeHave you been made new in Christ? Does your life show that you have a new Lord, life, liberty, love and labor?