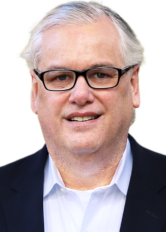 Ministry In The Marketplace

What is something you're proud of? We all have certain things in life that make us proud. Maybe it's a diploma,a son or daughter, or some other high accomplishment.Can you imagine the impact that we would have if we were as bold about our faith as we are our earthly possessions? Today,Richard shares more from the book of Romans. And later, you may not know this but in the late 80's something called "audio-blogging" was created.Today, the idea of recording a conversation, on a particulartopic, and then releasing itout into the world has developed into one of the most popular forms of entertainment called "Podcasts." A recent study shows that nearly 42-million Americans,above the age of twelve, listen to Podcasts on a weekly basis. This week's guest has tapped into thatworld as the Co-Host of the show "Let's Get Real with Jan and Marta." She's also a commercial businesswoman, public-speaker, and she has a passion for spiritual leadership training in the marketplace.