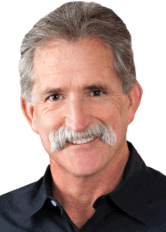 Teens are prone to test their parents in every possible way. It’s part of their built-in and craving desire for independence! Hi, I’m Mark Gregston… with Parenting Today’s Teens. Every kid is gonna try and push the envelope in some way. So you, as a parent, need to be ready! Establish a clear and undeniable standard for what’s expected in your home. I call it a “Belief System for Discipline.” It’s all about positive training and reinforcement of dearly held convictions. And, of course, it includes consequences when rules are broken. Having a belief system in your home lets the whole family know about the “lines” that can’t be crossed. It’s a tool you need when your teen starts testing the boundaries! And some day, it’ll lead your teen to establish similar beliefs of his or her own! The post Belief System appeared first on Parenting Today's Teens.