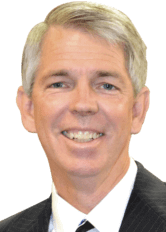 What Can We Do About the Destruction of Marriage? - with Vicky Hartzler

What Can We Do About the Destruction of Marriage? - with Vicky Hartzler: To get a better understanding of the new Respect for Marriage Act, which does anything BUT respect marriage, we bring in Representative Vicky Hartzler who was a part of the debates trying to faithfully defend traditional marriage as one man and one woman. She explains the dangers of this new act and why the state of marriage is more precarious now than ever before. What can we do to turn this around?