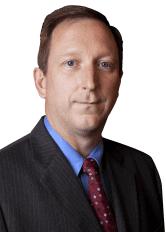 The Power of the Gospel on Radio

Ed Cannon is the President and CEO of Far East Broadcast Company. For 75 years, FEBC has been using radio to communicate the gospel to the least-reached people on earth. Their radio signals—and internet connections, smartphone apps and social media feeds—reach people speaking 129 languages in 50 countries. Included in those countries are hostile and restricted nations where Christians are persecuted for their faith in Christ. Ed has travelled the world to meet and support the broadcasters—including a 10-hour stay in jail when police discovered him carrying Christian materials for distribution in a hostile nation. Listen as Ed talks about the workers who lead FEBC’s in-country work, and how their commitment to Christ and to sharing the gospel inspires Ed’s own walk with Christ. Listen as Ed shares how FEBC signals and content are reaching minority language groups, including a signal sponsored in part by VOM. Never miss an episode of VOM Radio! on your favorite podcast service.