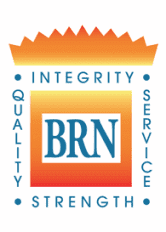 A compilation of Christian information features with news and insights from a Biblical perspective.

Life Issues Radio Special – Court is in Session: Life Hangs in the Balance

In a timely new special from Life Issues, Brad Mattes is joined by well-informed guests who will help listeners understand why it matters to every American who is chosen and confirmed to sit on the Supreme Court of the United States. Joining in the dialogue are: Katrina Jackson - Louisiana State Senator: Serving the northern parishes of Louisiana and a member of the State’s Legislative Black Caucus, Senator Jackson has consistently been on the frontline as an advocate for pro-life issues. Her lifelong commitment as a follower of Jesus Christ is shared unabashedly including at her legislative website. Bob McEwen - Executive Director/Council for National Policy: Longtime friend to Christian radio, Mr. McEwen served six terms as a Member of the United States Congress (Ohio) and continues to serve in shaping thinking nationally in his role with CNP and as consultant in a variety of arenas where his experience, expertise and enthusiasm for strong government are most welcome. Marjorie Dannenfelser - President of Susan B. Anthony List: A national spokesperson for the pro-life message, Marjorie’s spheres of influence extend from government to media. She serves on the board of Alliance Defending Freedom and on Life Perspectives' Task Force and was appointed to the Women’s Suffrage Centennial Commission (celebrating the 100th anniversary of the 19th amendment) by Senate Leader McConnell.

Topic: Lindstrom’s campaign for the US Senate in Kansas

Topic: Discussed the GOP Primary for US Senate in Kansas.